As always, juggling camera in one hand, phone in another and somehow also my notebook, I rushed forward. As if in seconds, I was standing opposite the former Prime Minister. Feeling entirely overwhelmed, I stretched my phone out to him and asked the first question on my list (click on picture): 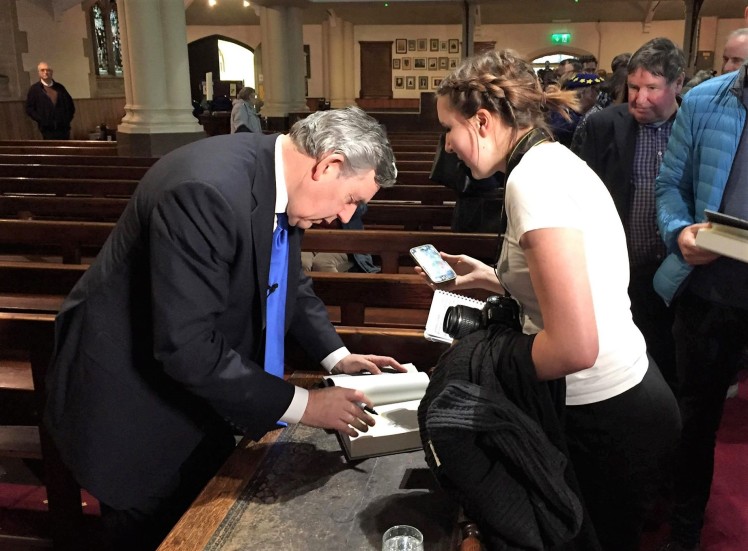 On Tuesday 14th November I had the pleasure of meeting Gordon Brown at the Topping and Company Literary Lunch. It was a delightful day and gave me great insight into what to expect and hope for in our democracy in coming years. 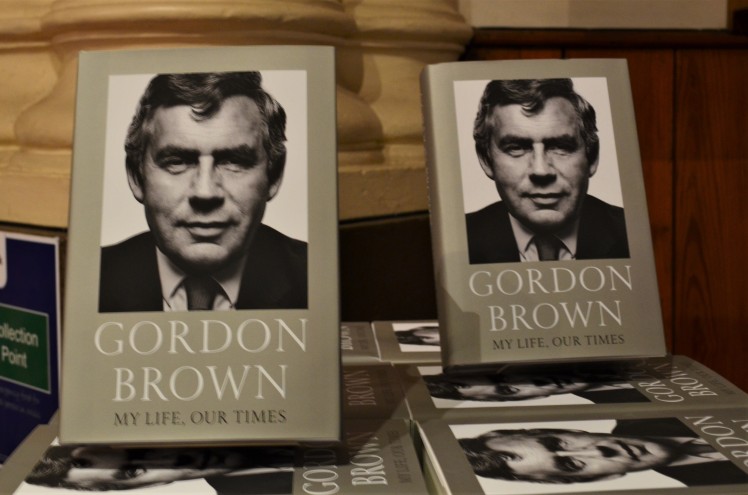 As I turned up early to the steps of a peculiar private chapel, I was greeted by a group of people who remembered Mr Brown’s time as Prime Minister very well, and were enjoying reminiscing about it. They told me that collectively, they represented the ‘whole political spectrum’. This included the incredibly friendly Liberal Democrat candidate for Bristol South, Ben Nutland.

The sturdy doors soon creaked open and we were cheerfully ushered in, but asked ‘not to stampede’. Awaiting us inside was inviting tables laden with delicious quiche slices, colourful salads and perfect brownies.

Five minutes before he was due, I overheard yet more reminiscing. 1997, the year Labour reclaimed power from the Conservatives after almost ten years, was a night of celebrations around the country.

After a brief speech from a trustee of the chapel, it was time for the political giant to make his entrance. Gordon Brown began with an anecdote about Einstein, with who he shares a talent of public speaking. It was clear from the round of applause that welcomed him and continuous string of chuckles, that his warm Scottish personality was making a good impression. He overflowed with charisma and used vivacious hand gestures to accompany a string of humorous anecdotes.

As he guided us through the three main themes of his new book, My Life, Our Times, smiles lightened up the room and lifted Mr Brown’s script-less performance. He noted the significant global change of our economy, which has been one thousand times faster than the industrial revolution.

Amidst the smiles, optimism and excitement in the room, was an air of uncertainty that Mr Brown has for the future. His vision that the UK can progress, improve our NHS and economy, if we create a political consensus and an inclusive conversation, with ethical considerations, he almost regrettably admitted, missed the opportunity to be implemented when Labour lost the 2010 election. 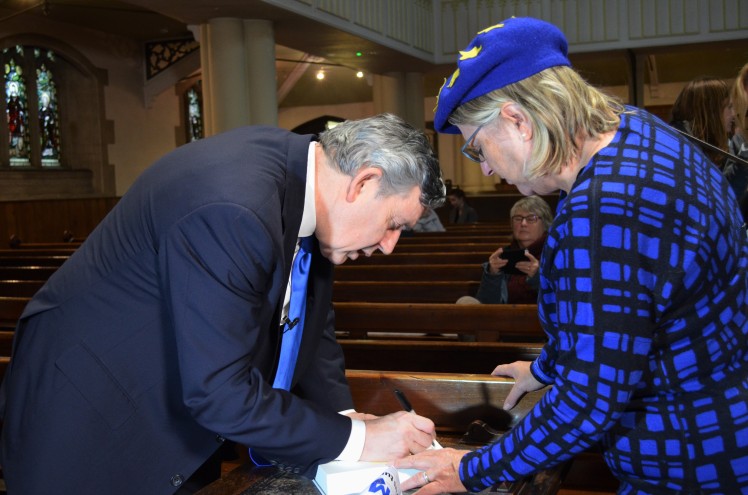 When asked questions, he tried to answer directly, and professionally addressed the inevitable Iraq War question. Before long his positive speech, enriched in global and political insight, was over. We may have been sad if it did not begin the next phase; book signing. Queues quickly formed up the ceremonial walkway and we hurried forward eager to shake the political giant’s hand.

His honest and genuine answer signalled the end of my turn. I nearly bubbled over with excitement as I walked away. His natural friendliness and charm made it a truly brilliant day.